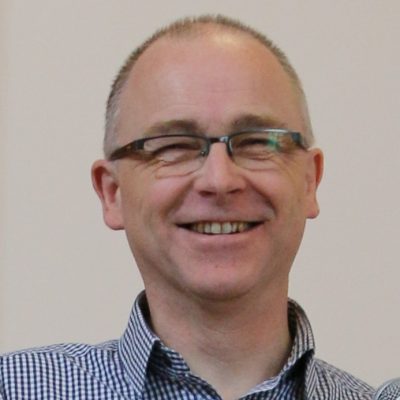 Russell joined the team at Emmanuel as minister at the beginning of August 2016. He was previously at Horley Baptist Church in Surrey, and prior to becoming a minister worked in primary education for 22 years as a teacher and then head teacher. During that time Russell and Wendy were members of Bessels Green Baptist Church, who recognised Russell’s call to ministry and sponsored him through college.

Russell and Wendy have been married for 36 years and have five children and seven grandchildren. Family is important to them both, so they spend quite a bit of time travelling on motorways or having family sleep-overs! They are also fans of Agatha Christie, Morse, Lewis and Endeavor.

I was reading the account of the temptations of Jesus this week. It is easy to think you know all there is to know about such a familiar passage. We…

In the presence of God and of Christ Jesus, who will judge the living and the dead, and in view of his appearing and his kingdom, I give you this…

“The farm of a certain rich man produced a terrific crop. He talked to himself: ‘What can I do? My barn isn’t big enough for this harvest.’ Then he said, ‘Here’s what I’ll do: I’ll tear down my barns and build bigger ones. Then I’ll gather in all my grain and goods, and I’ll say…
Play Download
States have always substituted their own idols in place of God, whom they wish to sideline or eliminate, and this is what we see in our chapter today. Listen to this: If you meet with difficulties at work, or suddenly doubt your abilities, think of him and you will find the confidence you need. If…
Play Download
The 20th Century saw its fair share of unreasonable despots who like figures from history even turned on their own families to maintain their power and authority. The 21st Century is no different with unreasonable despots in the Far East, the Middle East and Eastern Europe. Nazanin Zahary-Radcliffe is the victim of a despotic government…
Play Download
Close

Back to login
Update Required To play the media you will need to either update your browser to a recent version or update your Flash plugin.